Deciding Between the iPad mini 4 and the iPad 9.7 Inch

Apple just released a new iPad in March of 2018, so of course iPad lovers are wondering if they should update to the latest model. If you just got the new iPad in 2017, you might be able to save yourself some money. If your iPad is older than that, however, it might be worth it to you to upgrade. And if you own the iPad mini 4, you’ll really want to think about whether you see a benefit to upgrading. Read on to find out what is new about the iPad 9.7 inch of 2018. 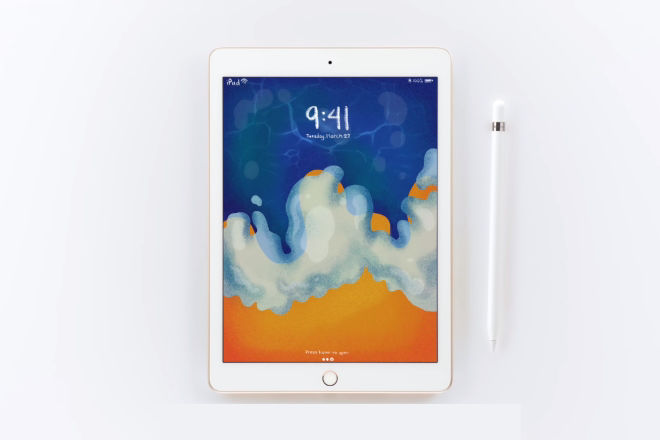 The March 2018 iPad 9.7 inch shares some similarities to the 2017 model. It still has the 9.7 inch screen and starts with 32 GB of storage. It also still has the 128GB option available for those who want to upgrade their storage space. It has an 8MP camera that shoots 1080p HD videos. The front facing camera is still 1.2MP and does 720p HD video. The battery life is steady at about 10 hours.

One of the new features of the 2018 iPad is the support for Apple Pencil. It is also the first iPad that you can get in a gold shade that combines gold and rose gold shades that were available in other iPad models. It’s gorgeous. If color is important to you, you might want to upgrade to the 2018 iPad 9.7 inch.

You would think that with mini in the name, the iPad mini 4 would come with a smaller price tag, right? Well, you would be mistaken to think that. The iPad mini costs more than the 2018 iPad does to start. However, you do get more storage at that price point. The 2018 iPad 9.7 inch is not only cheaper than the iPad mini 4, but it’s also cheaper than last year’s iPad 9.7 inch. If you’re looking to get a more budget friendly new iPad, you definitely want to consider the 2018 iPad 9.7 inch. If you’re looking to spend even less, you will probably want to consider getting a used iPad.

If you are just looking at both the iPad 4 mini and the 2018 iPad 9.7 inch, the appearances are very similar. They both have lightning docks on the bottom for charging and they both have headphone jacks. Both devices have a home button and Touch ID. It’s rumored that the next iPad Pro will eliminate the home button, so this year’s model may be the last one to include the home button feature.

So what’s the difference in appearance? The iPad mini is definitely smaller and weighs less than the iPad 9.7 inch tablet of 2018. The iPad mini 4 is around 300 grams, while the 9.7 inch iPad is almost 470 grams. When we’re talking weight, both devices are light and easy to carry around. However, if it is really important to you to have the lightest possible device, the iPad 4 mini might be the right device for you.

Both devices are both slim in thickness. The iPad is 1.4mm thicker than the iPad mini 4. That’s probably not the end of the world. That difference is probably imperceptible to most people. There is an extra 3.5 cm of length and width for the 2018 iPad. Unless you need a smaller iPad for a specific purpose, you could probably benefit from the newest iPad. You get an extra 1.8 inches on the screen.

There is also a change in color. The shade of gold on the iPad of 2018 is different from the previous gold shades. The gold color of the newest iPad could be described as having pink undertones. Some might think it’s too pink for their iPad, but others might think the color is nice.

Another difference between the iPad mini 4 and the 2018 iPad are the dimensions. The iPad mini has a 7.9 inch display while the iPad has a 9.7 inch display. If you would prefer to have a larger screen, the iPad of 2018 is the best option.

However, the iPad mini has a sharper display than the iPad of 2018. The iPad mini 4 has the same number of pixels as the iPad released in 2018 but those pixels are pushed in a smaller space. Also, the iPad mini’s screen is laminated. This makes for a nicer feel on the mini that is lacking on the 9.7 inch iPad.

This is the part of the article that many people might scroll right to. One of the main reasons that people update their Apple products are for the new cameras. The iPad has Live Photo. You know what that is, right? It’s this neat feature that allows a picture have movement when you press on it. It’s more like a mini video clip. Sadly, the mini does not have this feature, so if you’re really interested in this feature you’ll want the newer iPad 9.7 inch.

Another feature the iPad has is face and body detection. The mini also detects faces, but it doesn’t detect bodies.

The iPad and iPad mini have some differences between the front facing cameras. They are both 1.2 MP, but the mini Face Time camera doesn’t have a Retina Flash option. It’s probably not the preferred camera for taking selfies because of this. The video recording ability on the iPad mini and 9.7 inch iPad is the same. They both support slo-mo video and have 1080p HD recording.

If having options for saving money are important to you, you should consider getting the 2018 iPad. You can choose between storage amounts starting from 32GB. With the iPad mini 4, you don’t have the same options for storage. It is only available with 128 GB.

To sum it all up, you would do well to choose either the iPad mini 4 or the iPad of 2018. Both devices will allow you to enjoy quality Apple products that are built to last. You may want to think about the differences between the two products in your mind to help you figure out which iPad will be the best one to meet your needs.