Details About the New Pro iMac

If you are one of the millions of fans who have been wondering when Apple will update the 27-inch iMac, this article is for you. We have some of the latest details and you are going to want to stick around for what we’ve been able to dig up.

The 24-inch iMac has now been updated, so it makes sense that the next update out there will be the 27-inch iMac. Word is that the new iMac might see a noticeable increase in size. It might be 30 or 32 inches when the updated 27-inch does get released. There also may be some new color options available as well as an updated chip. 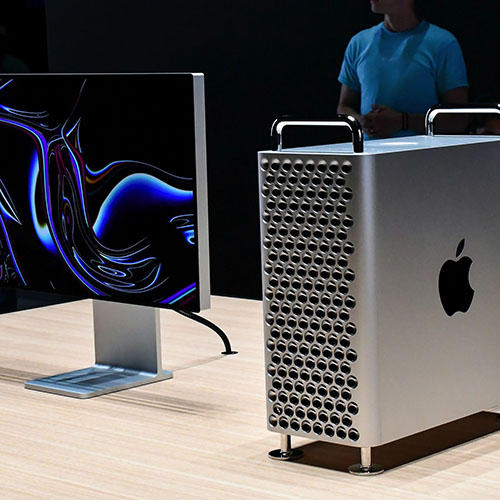 Apple expert Mark Gurman recently reported that Apple is in development of a new iMac which will replace the 27-inch model. It’s just a rumor, though, and like most rumors, we will have to just wait and see if the rumor is substantiated with a release from Apple.

Back in 2020, Apple announced a plan to transition their Mac lineup from Intel processors to their own M1 Chip. At that time, they said it would take 2 years for a full transition. That would put the process as being completed in 2022. Does that mean that the newest iMac 27-inch will get the new M1 chip from Apple? Well, so far Apple has used their M1 Chip in their smaller iMac, the MacBook Air, the Mac mini, and two MacBook Pro models. It seems they are definitely working their way through the product range. It only makes sense that the 27-inch iMac, if released later this year or the summer of 2022, will have that M1 chip or Apple’s successor to that chip. Apple last updated the 27-inch iMac in August 2020, so it’s time for a revamp.

It would be nice to get a new iMac 27-inch or the replacement to the 27-inch this year, but likely, it won’t happen until 2022. It could be as early as March or April of next year or as late as November of 2022. A couple of noted tech experts agree that the iMac is most likely to release in 2022. There is a delay in chip availability right now, which has already delayed release of some of Apple’s other products. With the pandemic raring on it seems likely that more delays are in the future. This could cause Apple to have to push back timelines on product releases later than we would like, but that can’t be helped.

We can take a cue from the changes with the 21.5-inch iMac to give us some ideas of what might be seen with the 27-inch release. The 21.5-inch iMac was replaced by a larger iMac at 24-inches. The display on this larger iMac was a stunning 4.5K Retina display. There were seven different color options to choose from, as well, with this release. This gives us some ideas of what kind of treatment the 27-inch might receive from Apple. A 30-inch iMac would certainly be a nice replacement for 27-inches.

One element of design that Apple is doing with many of their devices is reducing the bezels. This makes it possible for a larger screen size. The new 27-inch iMac might also have some different color variations from the 24-inch. Since the 27-inch is the pro version of iMac, there might be some different color options than what are offered with the smaller model as Apple does with other products that have both a Pro and base model.

What can be expected as far as performance? Well, the 27-inch iMac has generally been thought of as the professional model. As such, it has more RAM and storage afforded to it than the 21-inch iMac. Surely, Apple will be adding more power with whatever new chip is included- whether it is the M1 or the next version of the M1.

Although it seems like the 27-inch is long overdue for a new model, Apple won’t give us the newest 27-inch iMac until it’s absolutely perfect. Whatever Apple is cooking up for us with the 27-inch iMac will surely be worth the wait.