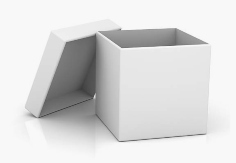 PlaySation is a gaming console from Sony Interactive Entertainment. The first PlayStation came out in 1994 in Japan. It became hugely popular and became the best-selling home console to ship 100 million units. It can be used for gaming, online entertainment, streaming, and even for applications.

Why it is a good idea to buy a refurbished PlayStation

Although a refurbished PlayStation has been owned before, it has been thoroughly tested to ensure that it works like it should. That means that you won’t have any problems when you purchase a PlayStation 3, PlayStation 4, or PlayStation VR.

You can read our Help / FAQ section for more information.

A new PlayStation 3, PlayStation 4, or PlayStation VR is a fun console to enjoy, but the fun comes with a premium price. If you buy a new console, you are spending money on just the console that you could be using to buy accessories if you’d buy refurbished. You will be able to enjoy a refurbished PlayStation while saving money.

A new PlayStation is great. There’s no denying that. If you must be the first one to have touched your electronics outside of a factory setting, then you will have to purchase a new console. However, if you like the idea of saving a good chunk of change and buying used, you’ll be better off. Instead of buying a new PlayStation 3, 4, or VR, you can buy new games. That’s all you really need to buy new.

You can save money buying a refurbished console and even some accessories are okay to buy used if you really want to save some money. Think about whether you really have to have a new console, or if you can make due with a used one.